Butlers Bus Tours have been a family run business for the past 56 years.

Our founder Seanie Butler started out in the bus business for the first time in July of 1967 at the age of 36.

He had a friend with a VW Minibus who was looking for someone to take over the payments so Seanie stepped in and gave it a go.

As luck would have it, the local factory Youghal Carpet Yarns were looking for a bus to transport their shift workers and so the first long term contract began.

Soon, local sports clubs and schools were using Seanie's bus and his business went from strength to strength.

Seanie continued to build his business over the years while rearing his 8 children with his wife Eileen until he eventually decided to take a step back in 1993 opting for semi-retirement.

This gave him much more time to pursue his first love - Sports!

In fact, he lined out for his last competitive game of Hurling at the age of 73, scoring a goal and 2 points.

On his 80th birthday, he climbed the Vee Gap Mountain and since then had been doing regular cycles of up to 50km.

Sadly Seanie passed away on Oct 16th 2018 at the age of 87. He was a true legend who will be sorely missed by all. 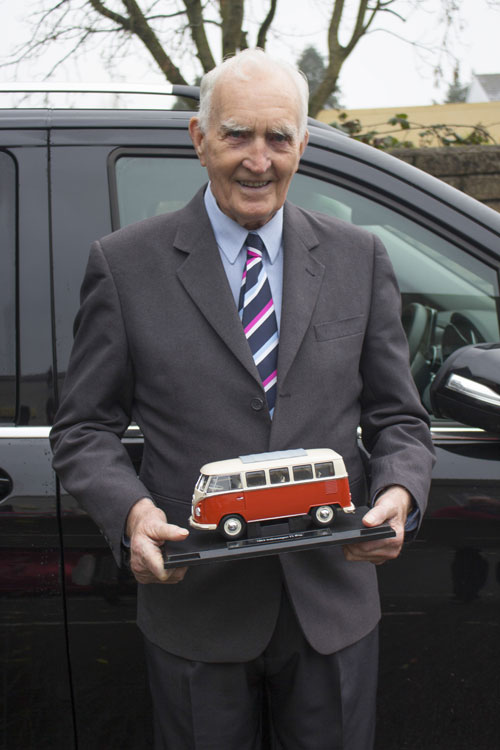 Ian took over the reins in 1993 and began to invest heavily in new touring vehicles over the following years.

Having a selftaught background in programming, he was able to be one of the early advocates of using the internet as a business tool with his first self made website going live in 1997. (And boy was this a basic website!)

It worked though and thanks to the power of the world wide web, the touring side of the business really began to take off.

As Managing Director of the company, it is Ian's role to oversee all aspects of the running the company, but he still loves to update and maintain the company website and booking system. 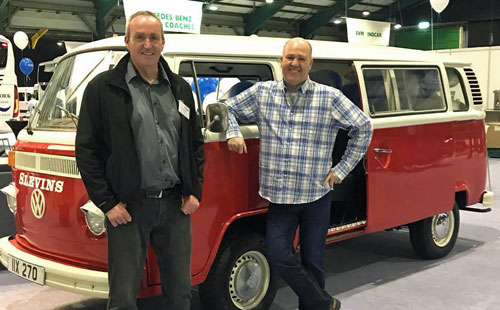 Kevin Butler joined the management team in 2003 and has played an instrumental role in helping the company to expand.

As transport manager, his role is to ensure all vehicles are in impeccable running order and comply with all legal requirements at all times.

Kevin is a natural born leader so a key part of Kevin's role as transport manager is the responsibility for hiring and training all of our drivers while managing/directing their day to day duties.

Although we have gone from strength to strength over the years we still very much remain a small family run operation with that 'personal touch'.

Today we have one of the most modern fleets of tour coaches in Ireland with 15 vehicles in total.

Our plan for the future is to continue to advance our tour services while remaining the first choice tour bus company in Ireland.