"The city is steeped in history, from Vikings to artistic legends, this vibrant capital has something for everyone.. " 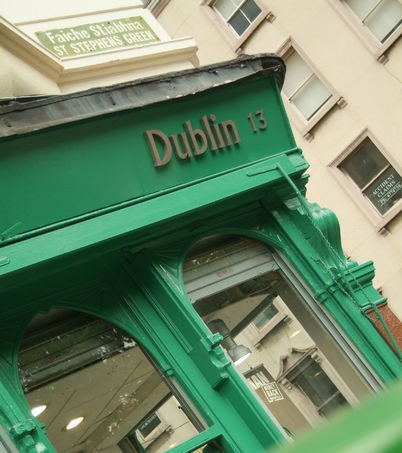 Apparently not, there are twelve places called Dublin in the United States, six in Australia and one in Canada. What can I say you know you are winning when you are being copied!

Monto was once the biggest red light district in Europe. The name is derived from Montgomery Street (now Foley Street).

It was immortalised in the Nighttown chapter of Ulysses and by the folk song "Monto" written by George Hoddnet and later brilliantly sang by the Dubliners.

3. "I am not young enough to know everything"

Dublin has the youngest population in all of Europe. Approximately 50% of the population is less than 25-years of age.

4. Dublin is the capital city of love

In 1836, Fr. John Spratt, was given many tokens of esteem following a sermon in Rome. One gift from Pope Gregory XVI were the remains of St. Valentine and a small vessel tinged with his blood.

So if you are looking for love, leave a letter or light a candle at the shrine of St Valentine. 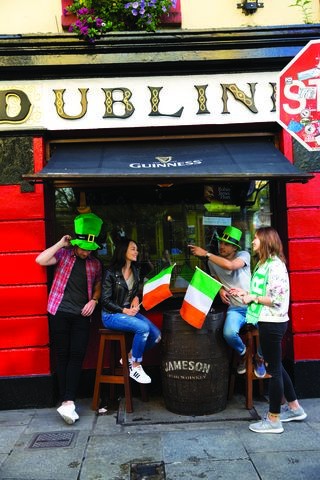 6. Confidence is always a good look!

Arthur Guinness must have had a lot of confidence in his brewery when he took out the lease on St James’s Gate in 1759, as he took out a 9,000-year lease.

Arthur was 100% right to believe in himself, Guinness is the biggest selling stout in the world with 10 million glasses being sold every day in 150 countries. 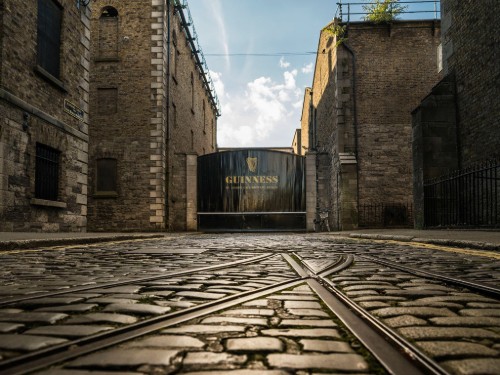 The only bridge in Europe that is wider than it is long. O'Connell Bridge measures approximately 45 metres long and 50 metres wide. It was originally opened in 1794 and named Carlisle Bridge.

In 1599 Sir William Temple, a renowned teacher and philosopher, entered the service of the Lord Deputy of Ireland. In 1609, Sir Temple was made Provost of Trinity College, Dublin and moved to Ireland.

He built his house and gardens on newly reclaimed land on the corner of Temple Lane and the street called Temple Bar.

Ireland's National Treasure is "The Book of Kells", a sacred manuscript, which consists of the Four Gospels of the New Testament.

It has long been associated with St Colum Cille (c 521-597 AD). The beautiful, gold book was made by Celtic Monks around 800 AD, and today lies in the Trinity College Library.

Trinity College, situated in the heart of Dublin city was originally set up at the request of Queen Elizabeth I.

It has had some memorable graduates including Oscar Wilde, Jonathan Swift, Bram Stoker and former Irish presidents such as Mary McAleese and Mary Robinson. 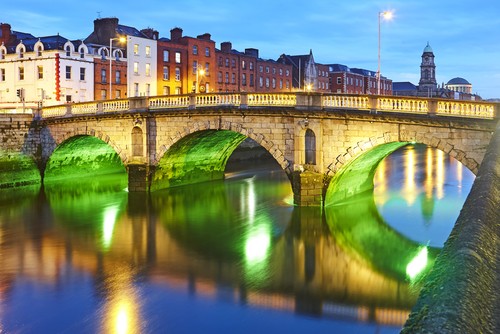