Most Haunted Places In Ireland

"Halloween's origins date back to Ireland's Celtic festival of Samhain so its only natural our country has thousands of spooky legends both ancient and modern. Here are just a few of our favourites"

It is said the first Vampire is buried here, he is supposed to be standing upright and upside down.

The renowned local White Witch reports that she and others have observed the mass funeral for the victims of the Lusitania as it moves from Cobh town to the Old Cemetery.

Recently it was reported the footsteps of what sounded like hundreds of mourners were heard walking the road, when the gentleman who heard it, turned there was no one to be seen

Ever heard of the ghost of Kathleen at Glendalough? Kathleen is said to be the ghost of a woman in a Red Dress. It is said her ghostly form has appeared in photos taken in the area.

The story has many forms as it dates back to the 500's, one of them says that St.Kevin whipped her with nettles and pushed her into a lake after she pursued him.

Biddy's lover Luke left for fame in Dublin. Biddy pined after him and when Luke passed he left all his money to Biddy. It is said she drank herself to death in the hope of joining him.

Unfortunately, it didn't work as planned as she is still seen roaming Smithfield Market looking for her beloved Luke. 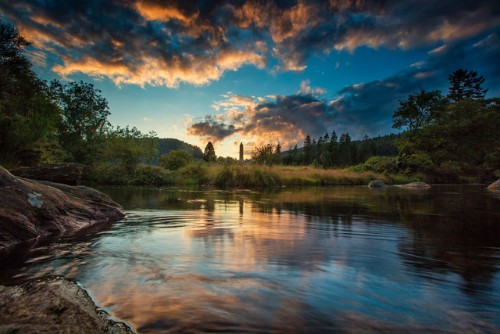 The castle is said to be haunted by Lady Margaret Hodnett, described as the faceless white lady. Lady Margaret was the fairest of the land and after refusing the hand of Clon Rockenby several times, he demanded she is taken to him forcibly.

Her family held them off for three years and when they eventually surrendered, He meets her looking ashen-faced and almost starved. Her brother killed Clon while he was nursing Lady Margaret and in his last words, he cursed her "Margaret, with my last breath I curse you. May you seek for mirrors forever, and never find them"

There are lots of ghostly tales about Kilmainham Gaol. During its restoration, the caretaker Dan McGill reported lights mysteriously turning on and off in the prison chapel.

Another man was decorating the 1916 memorial corridor when he heard heavy footsteps climbing the stone stairs and walking up behind him. When he turned, no one was in the corridor, despite the fact that the footsteps continued right past him. 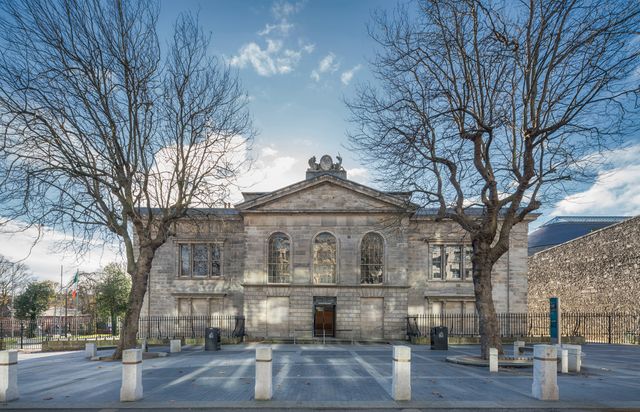 Legend has it that in 1536 Sabina met a young man named Orwin, son of an O'Reilly chieftain. The two fell in love, but they weren't considered a good match, with Sabina being English and Orwin being Irish.

They decided to elope and took a boat out onto Lough Sheelin, Orwin meets his end in the lough and while Sabina survived she soon died of a broken heart. She still roams the castle looking for her love.

Leap Castle is regarded as one of the most haunted places in Europe, a tour of its dark secrets reveals a deadly power struggle in the 1600s that resulted in a priest being slain by his brother as he said Mass in what is now known as the Bloody Chapel.

In 1900 workers discovered a hidden sunken dungeon next to the chapel, its floor perforated with deliberately placed wooden spikes. Three cartloads of human bones were removed from the hellhole.

Originally built in 1611, Grace Neill ran the inn for many years until her death in 1918 a great age of 98. Neill was a woman with a big personality and enjoyed running her Inn but Grace hasn't let her death stop her work.

A ghost of an old woman in Victorian clothing has been seen around the Inn and her spirit can be seen at the front bar, straightening glasses, furniture and switching lights on and off.

Mediums who have stayed at the Castle have claimed there are as many ghosts as there are guests. One haunting concerns Lady Isobel Shaw, who, having given birth to a daughter, was locked in a tower by her husband because she couldn't produce a male heir.

Rather than starve, Isobel leapt to her death on the rocks below. Her ghostly figure can be seen wandering the corridors at night, knocking on guests doors crying for her daughter. 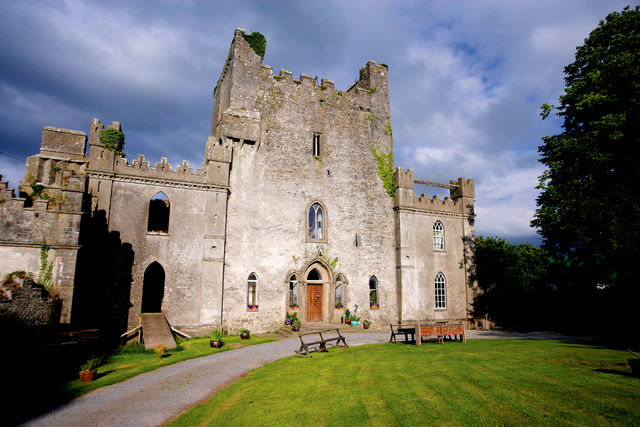